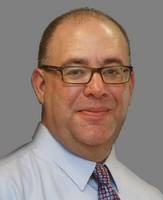 Highlights at the Daily Herald include: a series of articles about a civilian effort to persuade the government to recover the body of a Navy airman who died during a Cold War mission in Antarctica; an investigation that revealed U.S. Rep. Joe Walsh lost a condominium to foreclosure but didn't make the setback public during his primary campaign; coverage of the Joe Gliniewicz police scandal; and coverage of a deadly fire in the suburbs.

Lissau's byline also has appeared in a variety of popular magazines, including Chicago magazine, North Shore magazine, Working Woman, The Advocate, Curve, Cinefantastique, Chicago Parent and Wizard: The Comics Magazine. In addition, he has written comic books for DC Comics, Ape Entertainment and other publishers since launching a second career in 2005. His credits include "The Batman Strikes," "Batman: War Games," "Old Wounds" and "Little Earthquakes: The Graphic Album."