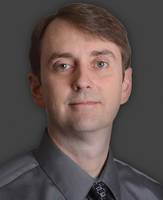 Eric Peterson currently covers Schaumburg and the seven-village Barrington area for the Daily Herald. He joined the paper in March 2000 after previously working for Pioneer Press, the Northwest Herald and the former Chicago Suburban Times newspapers.

Peterson was among the reporters whose 2006 series on international adoption, "Finding Family," won the Chicago Journalists Association's Sarah Brown Boyden Award for Best Series in 2007. He was the writer of "Last Letters Home" on the correspondence of four U.S. soldiers killed in action to their Chicago suburban families, which won the CJA's Sarah Brown Boyden Award for Online Features in 2008 and was named Best Multimedia Story in 2009 by the Illinois AP Editors Association in Division A.

Peterson earned his journalism degree from the University of Illinois in Urbana-Champaign.