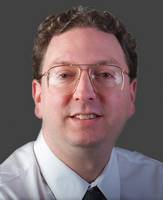 Steve Zalusky joined the Daily Herald on Sept. 11, 2000, and currently is a part-time reporter covering the village of Buffalo Grove and acting as a general assignment reporter on Sundays.

Prior to the Daily Herald, he worked for Pioneer Press, Press Publications, the Kane County Chronicle and Press-Republican Newspapers, all in the Chicago suburbs. Steve has been a Peter Lisagor Award finalist, for a project on suburban growth for Pioneer Press. He has won other reporting awards, including the Northern Illinois Newspaper Association. He is proud of the knowledge he has gained on his various beats, which have included county government in three of the collar counties, Lake, Kane and DuPage.

Steve graduated from New Trier West High School in Northfield and received a bachelor's degree in comparative literature and a master's in journalism at University of Illinois in Urbana-Champaign.

A homeowner in Arlington Heights for over a decade, he lives there with his wife and son. Outside of journalism, his interests include vintage jazz and old movies, reading, playing piano (privately) and walking along Lake Michigan. Find him on Facebook as Steve Zalusky.