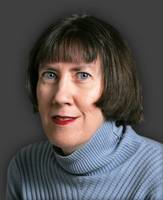 Marni Pyke reports on transportation and politics for the Daily Herald. Her beat includes Metra, the Regional Transportation Authority, the Illinois tollway, Pace, aviation and writing a weekly column, "In Transit."

During her career at the Daily Herald, Pyke has covered the COVID-19 pandemic, DuPage and Cook county governments, environmental issues, courts, congressional elections and the 2018 gubernatorial race.

Pyke has also won Lisagor Awards in 2009 and 2011 in the Science, Health, Technology, Environmental Reporting category. In 2009, she was a finalist for the investigative series "Seeing Red," on red-light cameras at the Investigative Reporters and Editors awards.

She has been a guest on several local broadcast programs, including ABC 7 Chicago's Sunday morning news show, "Chicago Tonight" on WTTW, and WBBM radio's "At Issue."

Pyke graduated from Victoria University at the University of Toronto with a bachelor's degree in English and history. She has a graduate certificate in journalism from Sheridan College, Ontario.

She lives in Downers Grove with her family and assorted pets.