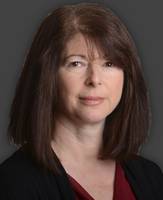 Lisa Friedman Miner is the Daily Herald's TimeOut! editor, responsible for the paper's extensive entertainment presence. She works with critics, writers and freelancers to plan coverage and reviews of movies, music, theater, dining, television and other aspects of local entertainment.

Miner's transition to editing came after more than 20 years of experience as one of the paper's senior writers. She joined the Daily Herald in 1984 and originally worked on the city staff covering news of Palatine and Inverness. In the mid-1980s, she moved to the features department where she wrote in-depth lifestyle pieces on a wide range of topics including health, family issues, entertainment and the arts.

In her two decades of reporting and editing, Miner has gotten to interview a number of famous people -- from former Sen. Paul Simon to actor Kirk Douglas -- but most enjoyed writing about engaging suburbanites. She received a number of awards for feature-writing and investigative reporting.

While still writing when time allowed, Miner was named assistant features editor in 2005. She planned and edited several of the newspaper's lifestyle sections. In the process, she learned about topics as diverse as the economic downturn and the damage done by lawn grubs.

A native of Chicago and north suburban Morton Grove, Miner is an alum of Maine East High School in Park Ridge -- the alma mater of Harrison Ford and several other entertainment notables. She graduated from the University of Illinois with a degree in journalism. Throughout college, she worked at the Daily Illini and served as the college newspaper's editor-in-chief her senior year. She interned at the Arizona Daily Star in Tucson and the Pittsburgh Post-Gazette.

Miner's current position as TimeOut! editor fits perfectly with her own interests. As a lifelong reader, movie buff and theater lover, she boasts a vast knowledge of entertainment trivia and the ability to recite the first 18 lines of the general prologue of "The Canterbury Tales" in its original Middle English.