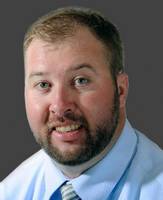 In 2013, Siebrass was promoted to Assistant News Editor/Digital and named Digital Editor/Online Content in January 2015.

Siebrass earned a bachelor's degree in journalism from the University of Nebraska - Lincoln in 2004.