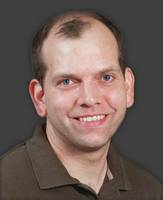 Mike McGraw has been covering the Chicago Bulls for the Daily Herald since Michael Jordan returned from the baseball diamond in 1995. McGraw became the full-time beat writer in 1999 and started off with the two worst seasons in franchise history.

Prior to that assignment, he spent 10 years covering high school sports for the Daily Herald and one year on colleges. The Daily Herald was his first permanent job in journalism, after working for a few minor league sports franchises and serving front-office internships with the Detroit Pistons and Philadelphia Eagles.

Whether covering a sectional basketball game in Waukegan or Game 6 of the NBA Finals in Salt Lake City, his goal has been to capture the drama and explore the personalities that exist on every level of competition. McGraw won an Associated Press Sports Editor's Award in 2009 for a story about the death of Bulls' legend Norm Van Lier.

A graduate of Stevenson High School and the University of Michigan, McGraw has been married to fellow Daily Herald sports writer Patricia Babcock since 1999.