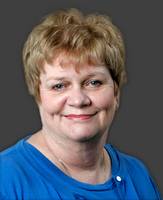 Sammi King is a freelance writer who has been writing for the Daily Herald since 1997. In her position as the Batavia columnist, she writes about the fascinating people in her hometown for the Tri-Cities edition. She also writes for the Daily Herald's Homes section, specializing in stories about old house restoration.

Her entry into journalism began in high school when she wrote a weekly column, "Bulldog Barks," for the local paper, The Batavia Herald. After graduating from Knox College, she studied advertising management at Northwestern University. King spent 15 years in corporate advertising before returning to journalism as a freelancer. King is also a singer who enjoys combining her writing and musical talents in the form of songwriting. She has written four musicals for children.

A fourth generation Batavian, Sammi and her husband spend their spare time restoring their 161-year-old Victorian home on the city's west side.