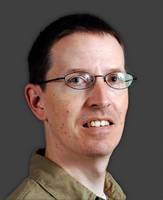 Schmit was hired by the Daily Herald in 1997 when the newspaper expanded into the Tri-Cities area of St. Charles, Geneva and Batavia. After covering a variety of prep sports in the Tri-Cities, in the fall of 1999 Schmit became a preps columnist and sports writer in DuPage County.

Before being hired by the Daily Herald, Schmit spent seven years as a freelance writer for the newspaper and focused on boys soccer, girls soccer and girls basketball. A two-time honoree as the Illinois High School Soccer Coaches Association's Media Person of the Year, Schmit received similar honors from the Illinois High School Baseball Coaches Association in 2003. While Schmit has covered nearly numerous state champions and many athletes who went on to enjoy professional playing careers, he also has covered NASCAR races in Joliet and was part of the Daily Herald's World Cup soccer coverage in 1994.

Schmit has made numerous appearances on local radio and television stations to discuss high school sports. He also has assisted area high schools with career day events and newspaper advising.

A graduate of Buffalo Grove High School, Schmit received a bachelor of journalism degree from the University of Missouri-Columbia.