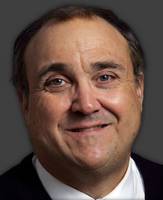 John Leusch is the senior prep writer on the Daily Herald staff.

After working in the Arlington Park public relations department while in college and serving one summer as an agent for a jockey at the racetrack, Leusch began at the Daily Herald in the fall of 1980 as a sports agate clerk and one year later began covering high school sports.

He was hired full-time in 1984 as the prep sports writer for Lake County when the Daily Herald expanded to that region. He has been the Daily Herald's main Cook County girls prep writer since 1988 and one of the senior high school writers in the state.

Leusch has also covered Arlington Park racetrack for the Daily Herald since 1990, and he has covered every Arlington Million since then. He has been appeared on ABC 7's Sunday morning show to discuss racetrack issues and Arlington Park. He also has appeared as a guest on many of the track's in-house programs and for "Breakfast at Arlington."

A native of Mount Prospect, where he still resides, Leusch graduated from Loyola University with a degree in communications. He attended St. Viator High School in Arlington Heights, where he wrote for the school newspaper and served as the football team's manager for four years, earning a "Manager of the Year" award his senior year.