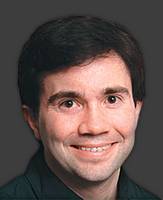 In addition, Lemon has assisted with coverage of college football, Cubs, White Sox, Bears and Bulls. While he has covered many memorable sporting events, Lemon's favorite part of the job is getting to know high school coaches, parents, athletes and fans in the community and chronicling all the accomplishments of the area's tremendous teams and student-athletes.

Lemon previously held the same position overseeing DuPage County sports. He started at the Daily Herald as a freelancer in 1995. Lemon also worked at Press-Republican newspapers in St. Charles from 1995-1998 where he first grew to love the passion the Tri-Cities communities have for supporting high school athletics.

Lemon graduated from the University of Illinois in 1994 with a journalism major. He worked as sports editor of the Daily Illini and covered the men's basketball team for two years, among other positions at the student paper.