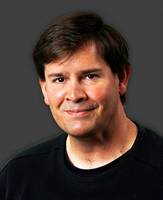 Jerry Fitzpatrick joined the Daily Herald prep sports staff in 2002 after two years as a contributing correspondent. Since 2004, his beats in the northern Fox Valley have included football, girls volleyball, boys basketball, baseball and boys and girls track.

An avid fan of high school sports, he has reported from IHSA events at sites ranging from Elgin to Peoria, Champaign to the Quad Cities.

In 2006, he spearheaded a three-part staff report that examined the relationship between IHSA sports and the expanding club sports scene.

Fitzpatrick also has covered hundreds of Chicago professional sporting events, mainly Major League Baseball on both sides of town. Memorable experiences include contributing to coverage of the White Sox title run in 2005, Cubs playoff teams in 2007 and 2008, Bulls and Blackhawks playoff games, the 2009 Winter Classic at Wrigley Field, and witnessing each of Devin Hester's touchdown returns at Soldier Field in 2007.

Prior to joining the Daily Herald, he spent three years criss-crossing the Midwest on long bus rides while employed as the radio play-by-play voice of the Springfield (Ill.) Jr. Blues hockey team, and he worked for two seasons as a contributing broadcaster for the Springfield Capitals minor-league baseball team. He began his journalism career as an editor for Suburban NiteLife Magazine, based in West Chicago.

Fitzpatrick grew up in Wheaton and is a graduate of St. Francis High School, where he lettered twice in football and baseball. He now lives in the northwest suburbs.