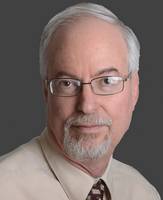 James Kane is deputy city editor for the Cook County staff of the Daily Herald. Since 2007, he has been supervising reporters on the Cook staff and editing copy for the news and neighbor sections. His prior duties at the Daily Herald include serving as editor of the award-winning business section for many years.

He started working with the Daily Herald in 1988 as a business reporter and became Business Editor in 1989.

Kane graduated from North Central College in Naperville and received a master's degree in journalism from the University of Missouri. He is married and the father of two adult daughters and an adult son.