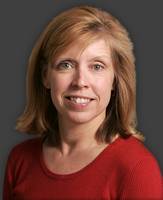 Senior Deputy Managing Editor Diane Dungey helps direct daily news coverage for the Daily Herald and dailyherald.com. She frequently oversees in-depth reporting, investigative projects and political coverage. She is a member of the editorial board and a regular contributor to the editorial page.

A former special projects editor and investigative reporter, she also has covered criminal courts, education and several municipal beats since starting at the Daily Herald as a beat reporter in Mundelein and Vernon Hills. She formerly led the Daily Herald features department, overseeing entertainment and lifestyle coverage. She is a former Daily Herald employee of the year and was named one of the most powerful women in Chicago journalism by media columnist Robert Feder in 2017.

Dungey grew up in Kewanee, Illinois, graduated with a journalism degree from Northern Illinois University in DeKalb and lives in the Northwest suburbs with her husband.