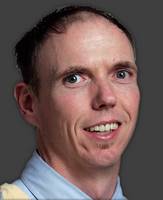 Charles Keeshan has been deputy city editor for the Cook County edition of the Daily Herald newspaper since 2010. Previously, he worked out of the newspaper's Fox Valley bureau. As a reporter, he covered McHenry County, concentrating on legal affairs, crime and county government. He covered the courts and crime beat starting in 2001, adding county government to his responsibilities in 2004.

Prior to reporting on McHenry County, Keeshan worked as a general assignment reporter covering major issues and breaking news in and around Elgin. He also previously covered the villages of Huntley and Lake in the Hills, as well as Community Unit Community Unit District 300 and Huntley Unit District 158.

Keeshan joined the Daily Herald in 1997 after two years at the Moline Dispatch and Rock Island Argus, where he covered state and federal courts systems in Illinois and Iowa, as well as the city of Moline. He also previously worked at the Streator Times-Press in central Illinois. Keeshan graduated from Marquette University with a degree in journalism while also majoring in political science. He grew up in Arlington Heights, attending St. James Elementary School and St. Viator High School.

Among his earliest work experiences was subbing for friends on their Daily Herald paper routes. He now lives in Algonquin.