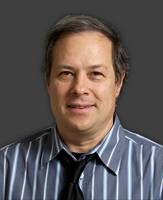 Burt Constable grew up on a farm in Goodland, Ind., where he learned how to plant, cultivate, rotary hoe and be fearful of cows. He is a 1976 graduate of South Newton High School, and graduated from Northwestern University in 1980 with a bachelor's degree in journalism.

Burt worked for the Lafayette (Ind.) Journal & Courier and the Washington (Iowa) Evening Journal before becoming police reporter with the Daily Herald in 1981. He worked as a copy editor and later covered courts, crime and some sports and general assignment stories before becoming a full-time columnist in 1988 alongside legendary Chicago columnist Jack Mabley.

He has won several awards, generally for covering tragedies. Burt and his wife have three sons and live in the suburbs.