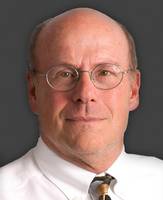 Bob Smith is the city editor in the Daily Herald's DuPage County office. He helps oversee the day-to-day operation of the DuPage newsroom, helps organize coverage for both the print and web editions, and works closely with the DuPage Editor, assistant city editors, reporters, photographers and interns.

He has helped oversee the Daily Herald's coverage of a wide range of stories, from the Marilyn Lemak murders to Evan Lysacek Day in Naperville. Smith joined the Daily Herald in 1994 as an assistant city editor after working for the Beacon News in Aurora, Daily Journal in Wheaton and Press Publications in Elmhurst.

A graduate of Northern Illinois University in DeKalb, he grew up in Elmhurst, graduated from York High School, and has lived in Villa Park, Glendale Heights and Carol Stream.