Five out of six Chicago-area counties voted for Hillary Clinton for president on Nov. 8, but our analysis of unofficial returns shows that many precincts in those counties had more Republican votes cast in the March primary.

We took our analysis of primary election results -- which showed whether a precinct had more Democratic or Republican voters -- and compared that to unofficial precinct results from the general election in November.

In our county-by-county look, blue dots indicate precincts where the majority of voters in both the March primary and November general election voted Democrat. Red dots indicate Republican voters had the majority in both elections.

Gold dots mark precincts where there were more Democratic votes in the primary but more votes for Republican Donald Trump in November.

Green dots indicate precincts that had more Republican votes cast in the primary but more votes for Democrat Hillary Clinton in November.

The size of the dots show the margin of victory in November. 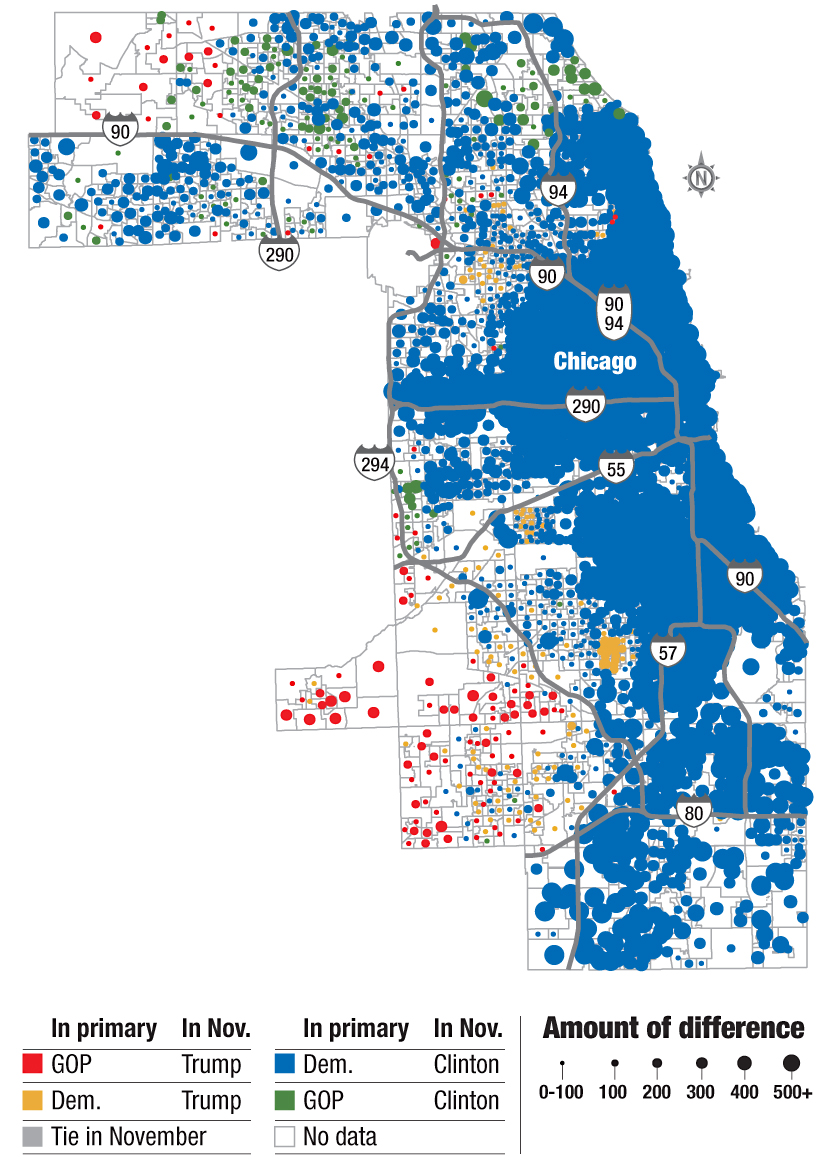 In the usually deep-blue areas in and around Chicago, a few precincts had more Democratic votes in the primary but had more Trump voters in November. 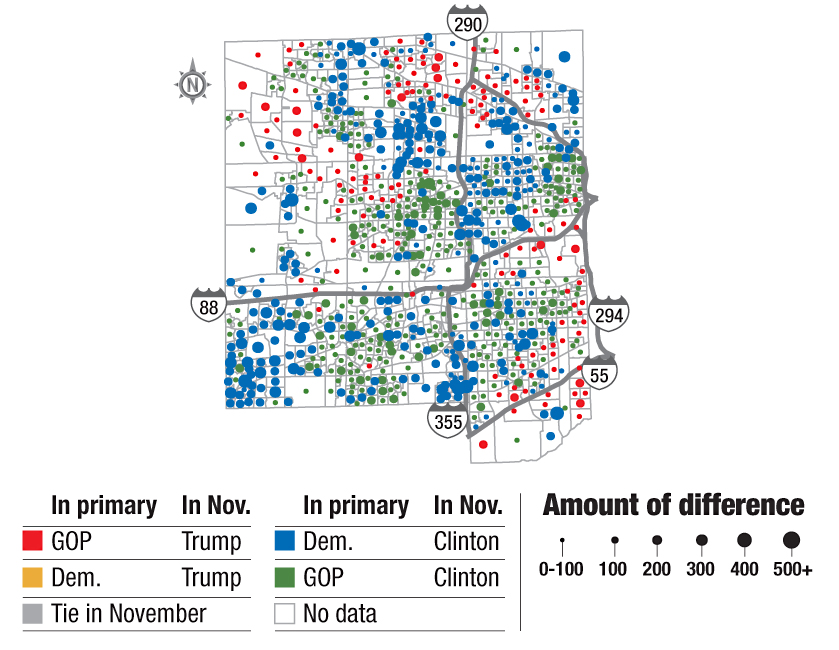 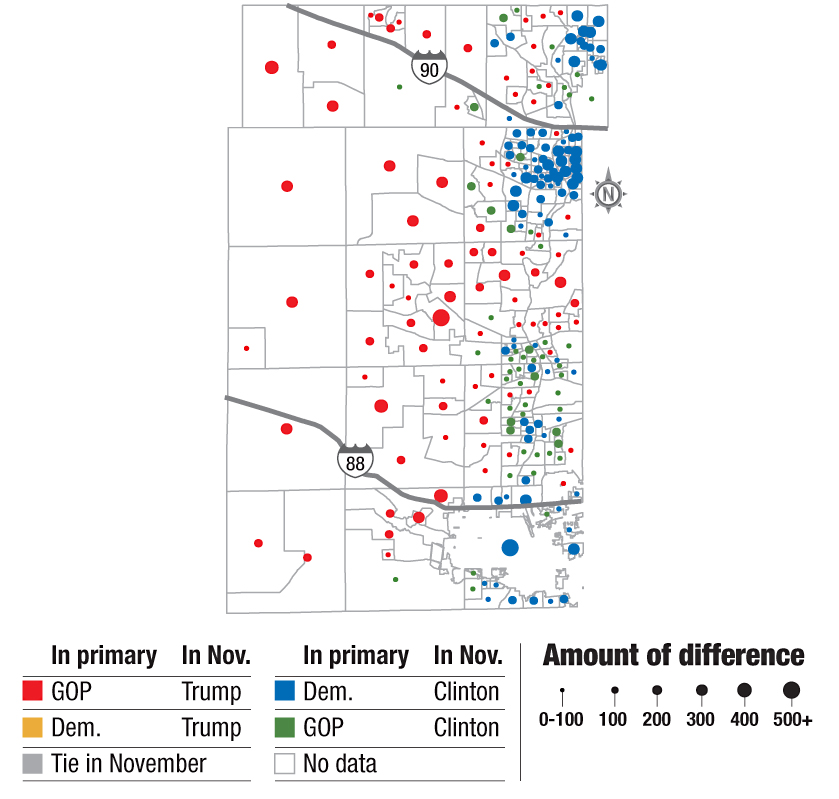 Clinton's percent margin of victory was the smallest of the suburban counties in November. But as in DuPage County, if a precinct was different it was in having more Democratic voters in November compared to the primary.

Although Trump led among Republicans here in the primary, Cruz was a strong second. 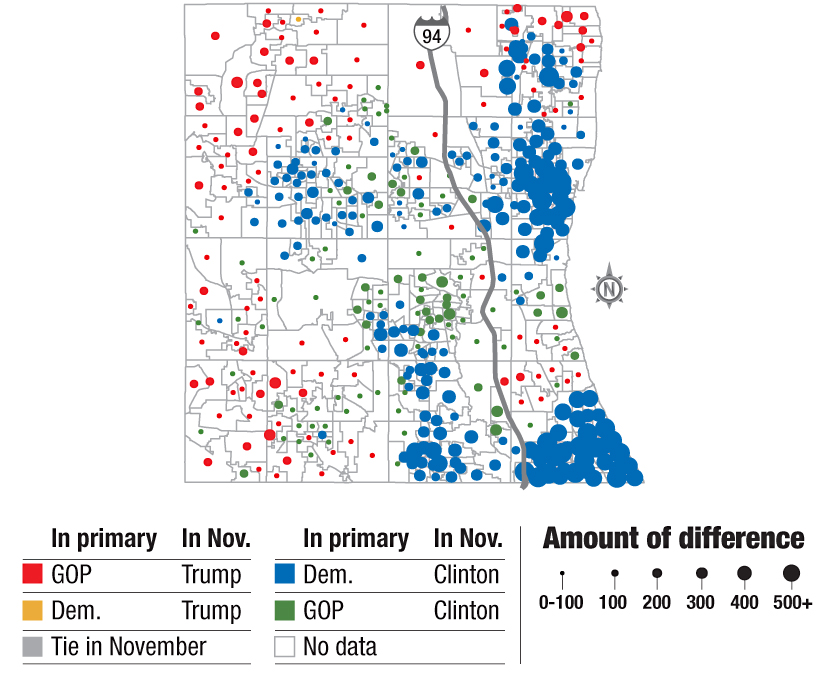 Lake County joined DuPage and Kane counties in having more Clinton voters in November. Many of those were in precincts that had voted for Kasich in March. 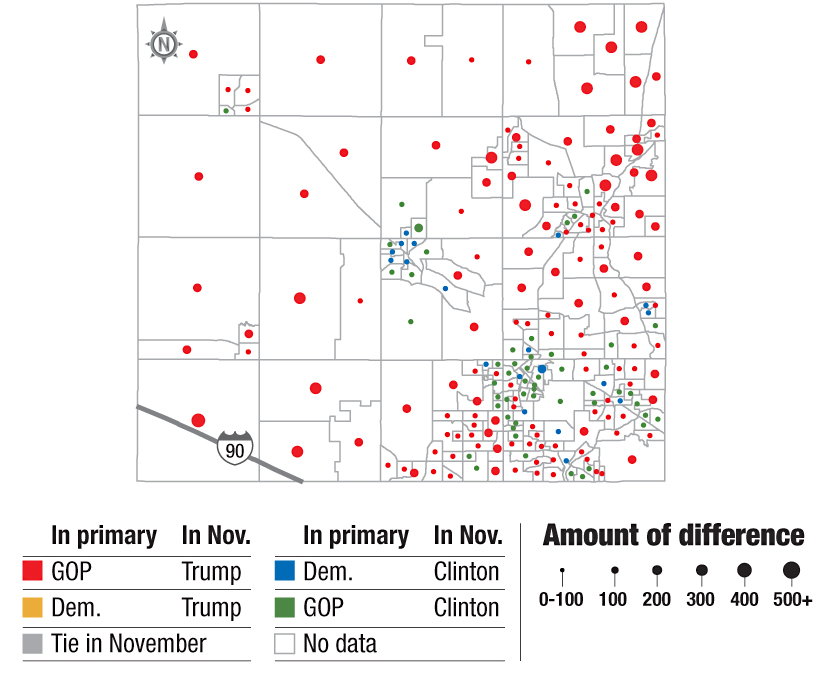 McHenry is the one Chicago-area county that voted for Trump in November.

• Areas different from the primary: Woodstock and Crystal Lake. 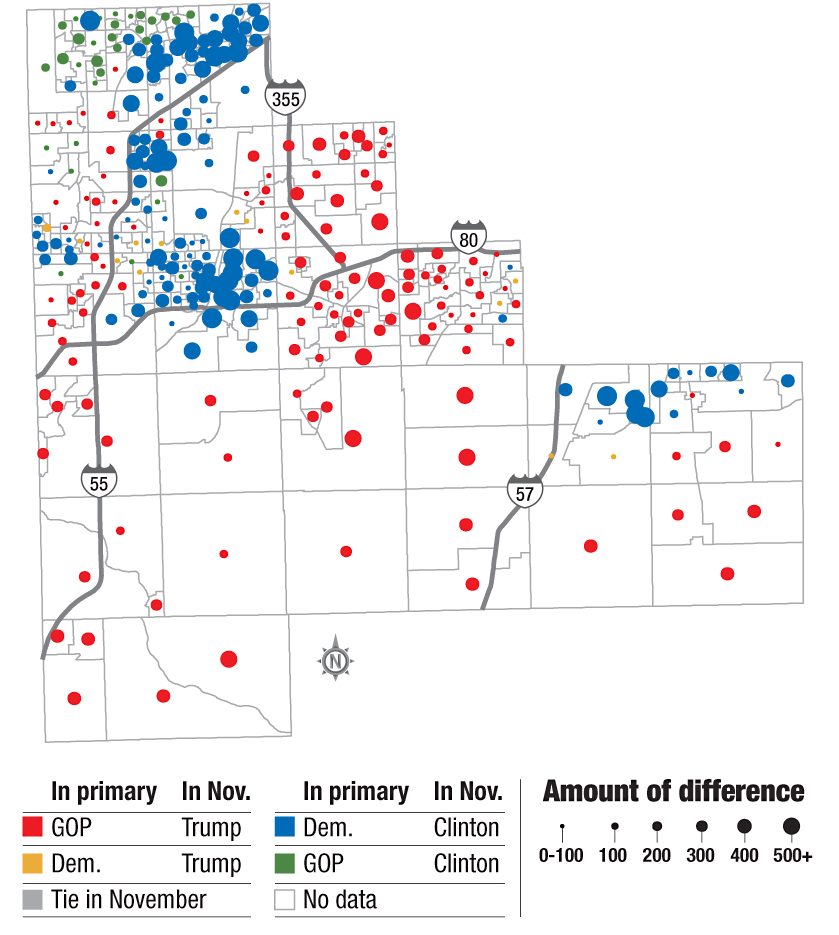 Few precincts switched from one party to another. But the ones that changed were mixed. Northern Will saw precincts switch to Clinton from the primary, while areas surrounding Joliet generally shifted toward Trump.

• Areas different from the primary: Will County portion of Naperville, western Joliet.

• Areas that remained GOP: Eastern and southern portions of county