Where in the suburbs did Trump win?

But Ohio Gov. John Kasich was able to pick up enough wins in pockets of the suburbs in last month's primary election to earn a handful of delegates to the national convention. Texas Sen. Ted Cruz, who visited the Chicago area several times in the last days of the campaign, picked up some support, too, but he won his Illinois delegates downstate. 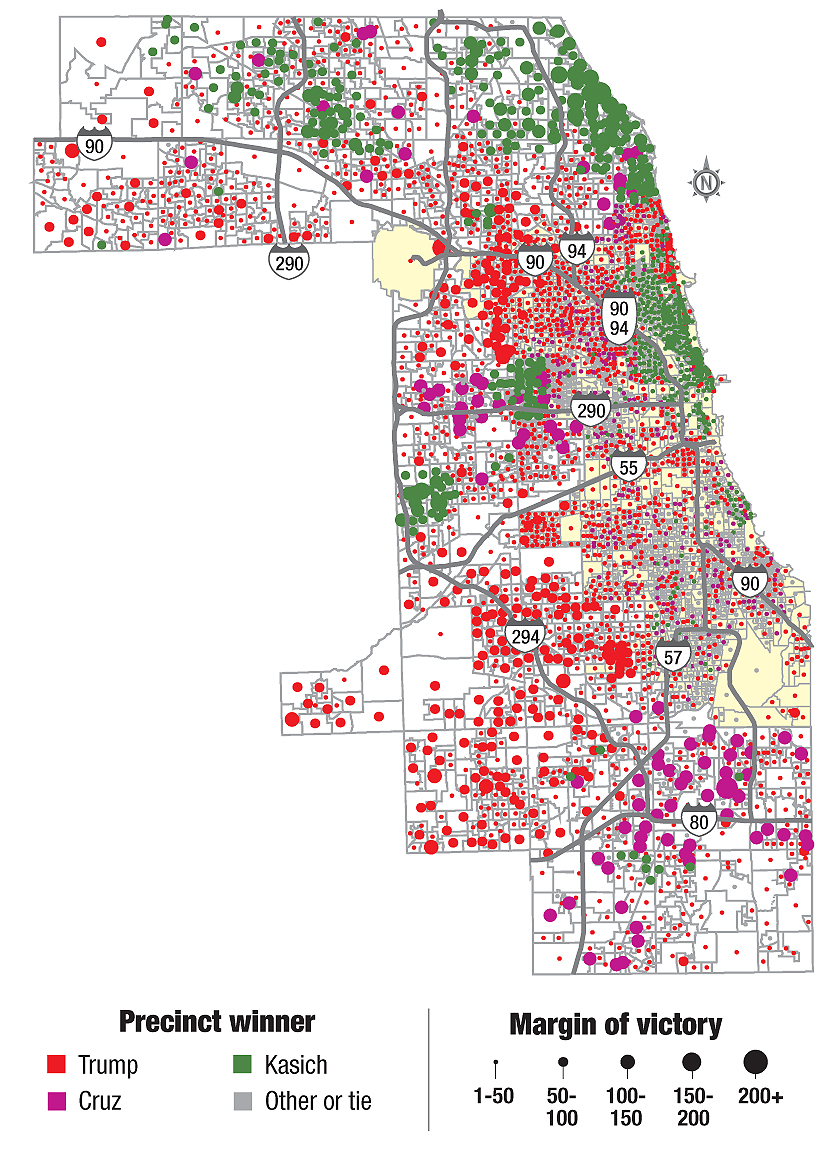 Kasich won among Republicans in New Trier and Wheeling townships, which gave him the boost he needed to win delegates from the Northwest suburban 9th Congressional District.

Trump, though, won 1,171 precincts, with margins of 50 or more votes in 240 of them. Kasich got more votes in just 270 precincts and Cruz in just 95 despite a his visit to the Northwest Suburban Lincoln Day Dinner in Rolling Meadows days before the election. 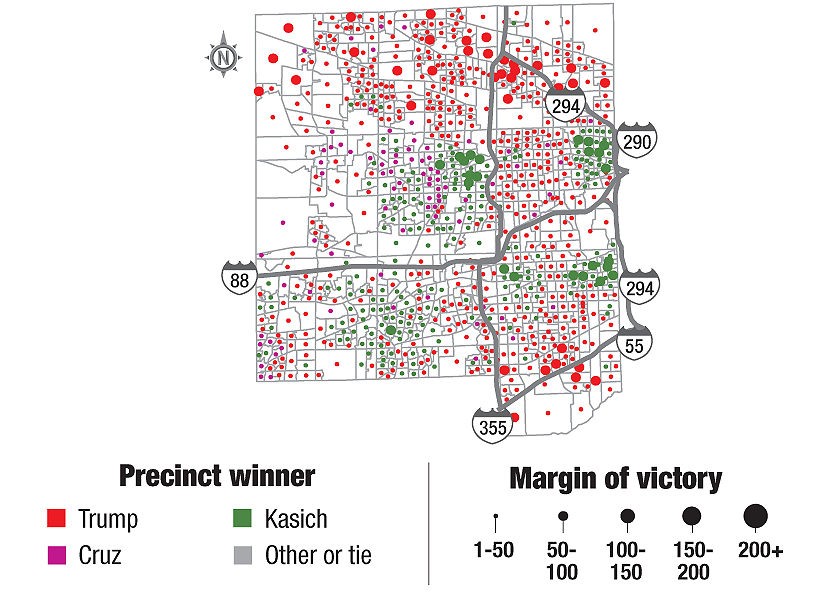 Trump prevailed in this traditionally Republican county, as well, winning 49,514 votes to Kasich's 41,326.

Trump won big in parts of Addison and Medinah, getting 87 more votes in one precinct there.

Kasich did well in Downers Grove and Glen Ellyn, with his biggest margin of 96 votes in a precinct in the heart of Glen Ellyn. Cruz got a boost from support in parts of Wheaton and Carol Stream. 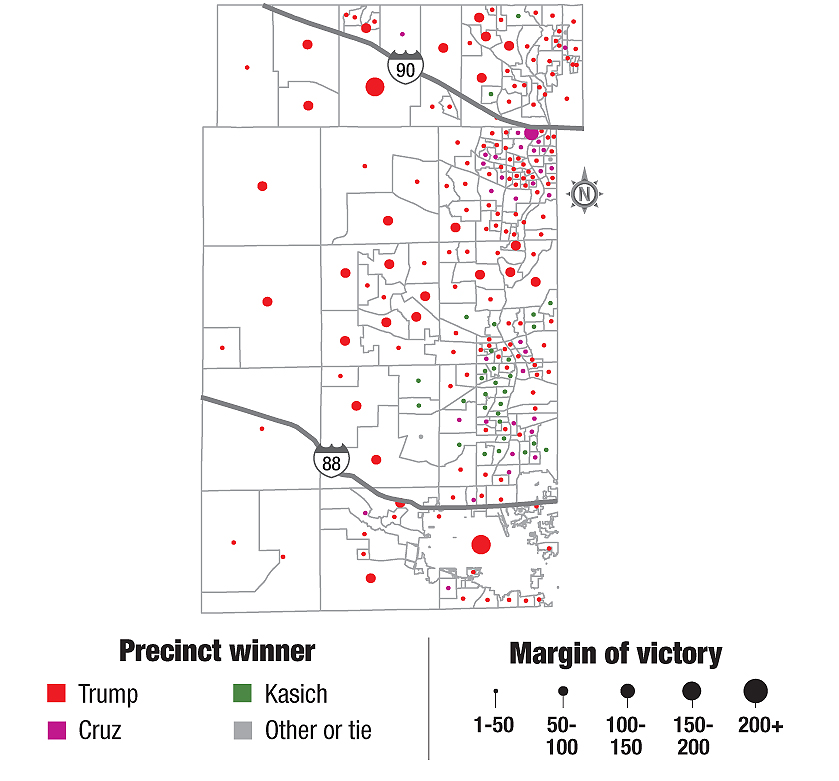 Kane County is where Cruz was able to get a second-place finish, with about 4,000 fewer votes than Trump's 19,070. Trump won by his biggest margin, 163 votes, in a precinct that includes Pingree Grove. Vermont Sen. Bernie Sanders won this same precinct by 142, his largest margin over Clinton in the county, perhaps showing voters' preference for anti-establishment candidates.

Kasich found support in Geneva and Batavia area, though his margins of victory weren't large. His largest margin in a Geneva precinct was a 33-vote victory. 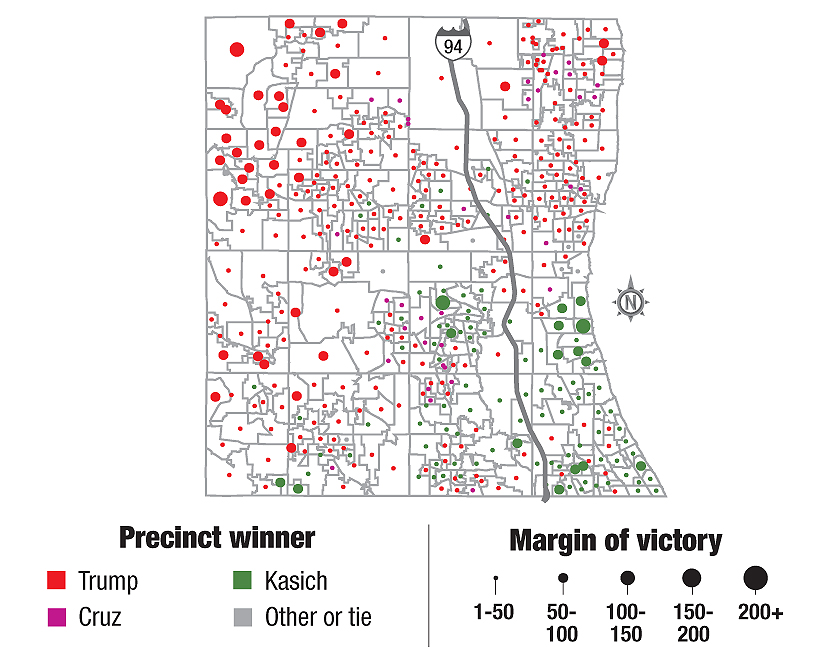 Lake County was a Trump victory, too, with another Kasich runner-up finish. Trump won big in parts of western Lake County, with his biggest margin of 132 votes in a precinct in western Fox Lake. That same precinct favored Sanders over Hillary Clinton by 24 votes on the Democratic side.

Kasich garnered support in Lake Bluff and Lake Forest. His biggest margin came in a Lake Bluff precinct, with 125 more votes than his opponents.

Cruz won just 32 precincts in Lake County, compared to Kasich's 105 and Trump's 269. There were two-way ties in nine precincts. 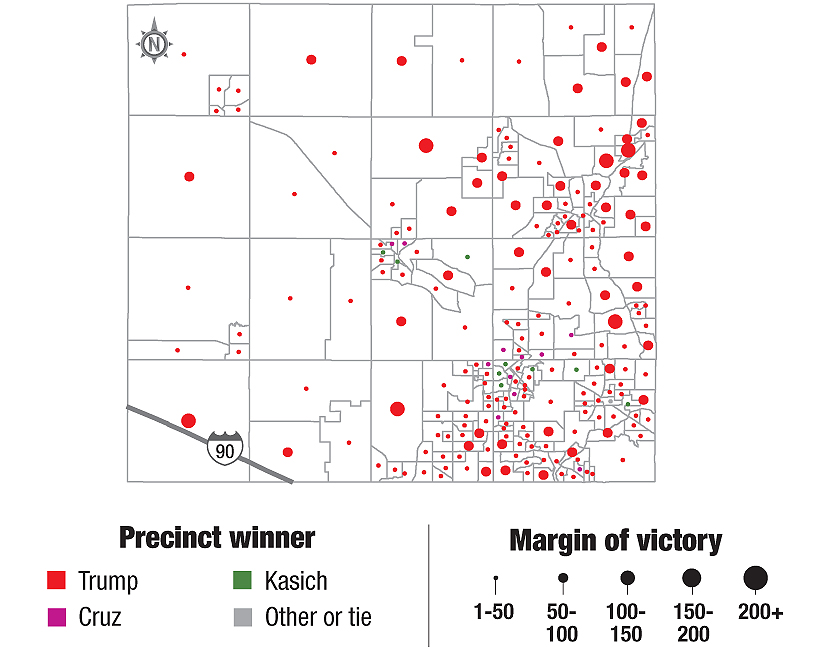 McHenry County, the only collar county to vote for Mitt Romney over President Barack Obama in 2012, was strong Trump territory. Sanders also won in this county.

Trump won almost every precinct, ceding only 11 to Cruz and nine to Kasich by slim margins. 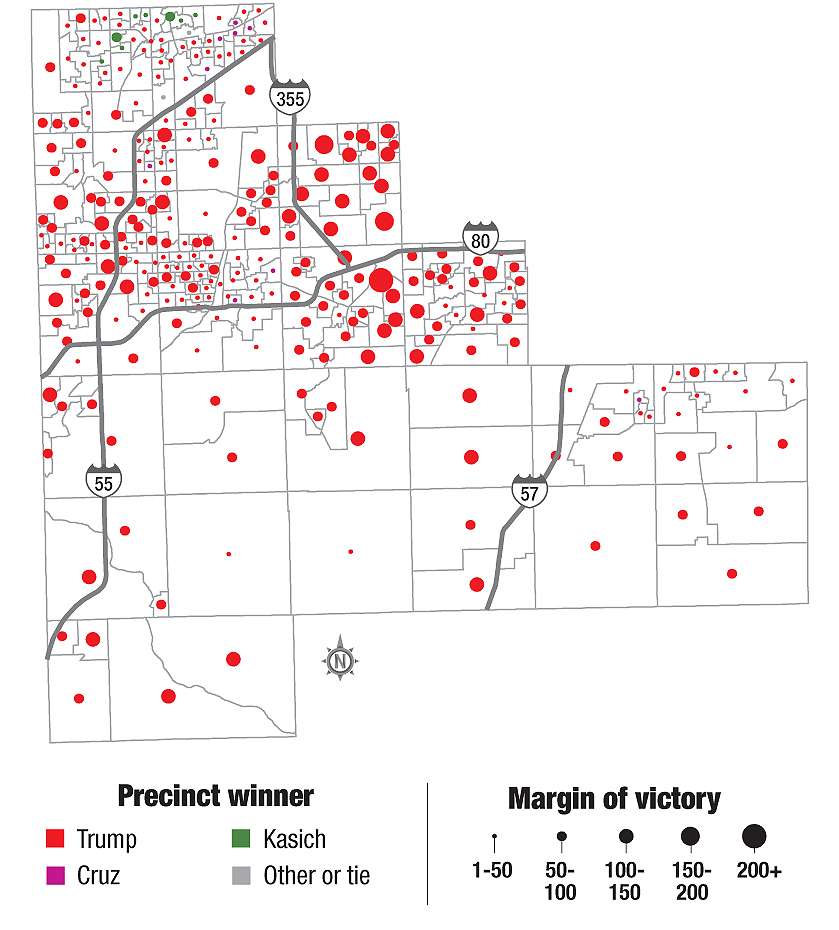 Will County was a Trump stronghold as well. Kasich and Cruz won only 17 precincts between the two of them, while Trump won the other 281.