Former Secretary of State Hillary Clinton won the presidential primary in Illinois, the state where she was born and raised.

But her opponent, Vermont Sen. Bernie Sanders, received more votes in a majority of suburban counties, showing in part why he came so close to beating Clinton on her home turf.

Now that election officials have released detailed results, the local Clinton and Sanders strongholds are clear. 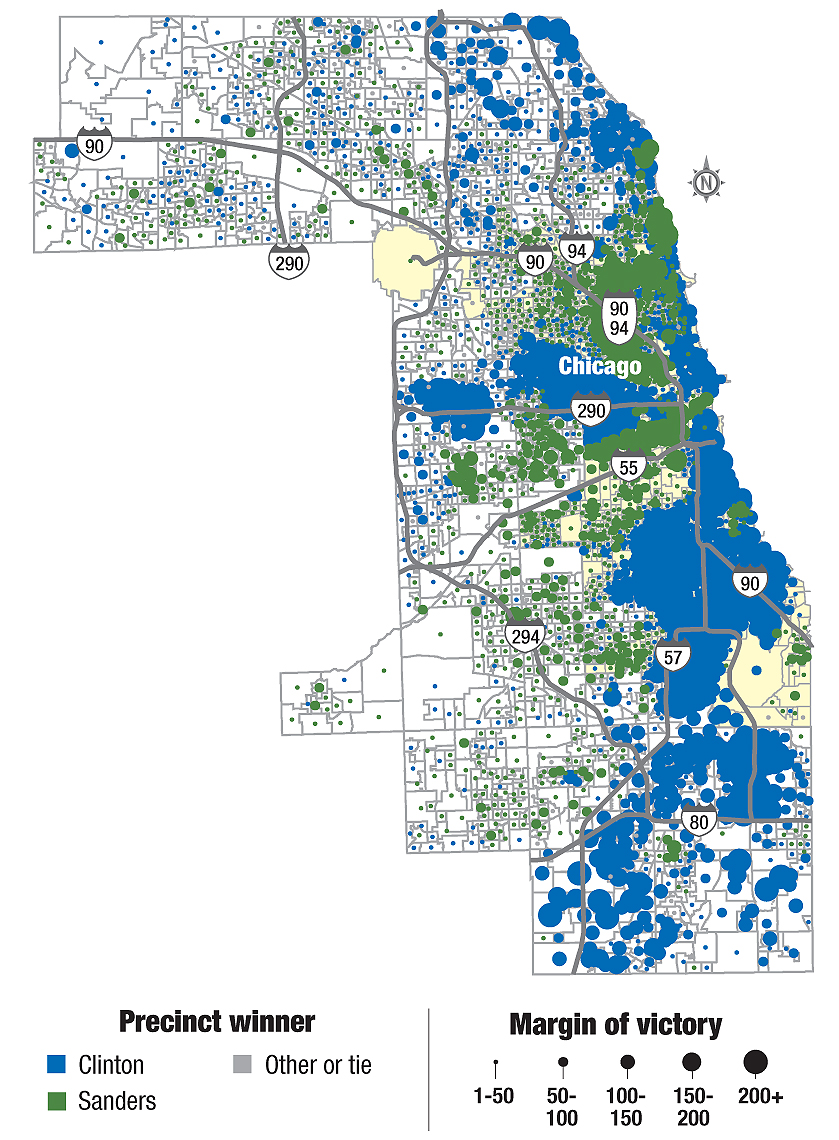 Clinton won the city of Chicago and suburban Cook County by more than 95,000 votes, doing very well in the South Side of Chicago. She has won support nationwide among African American voters, and despite a Sanders appearance with the Rev. Jesse Jackson before the primary election, Clinton did well in predominantly black communities here.

Clinton's biggest win over Sanders in suburban Cook County came in Rich Township, in the south suburbs, where she won one precinct by 548 votes. Sanders' biggest precinct margin was in Palos Township, where he had 197 votes more than Clinton in one precinct.

The two candidates tied in 13 precincts, including in parts of Lyons Township and Palatine. 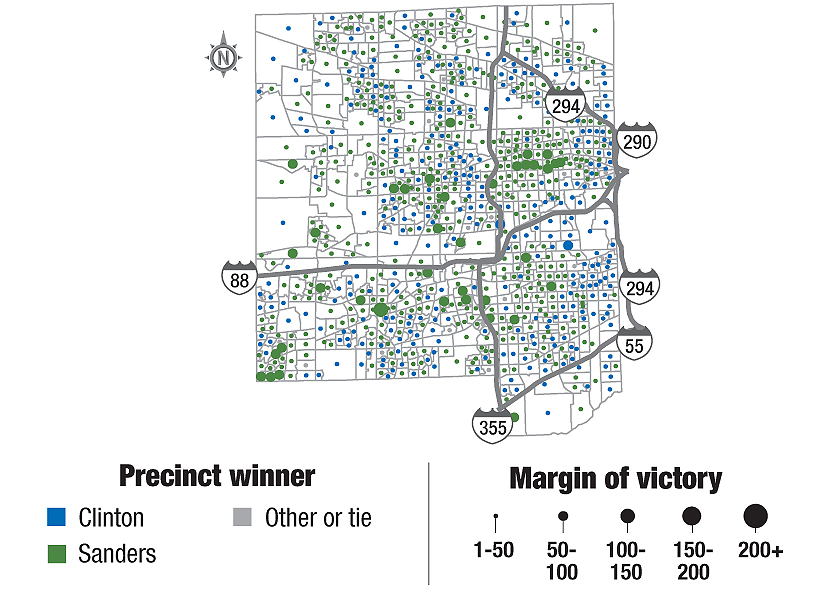 Sanders won over this traditionally Republican county that has seen Democratic inroads in recent years. He received 66,163 votes in DuPage County, beating Clinton by 6,365 votes.

Sanders did well in Lombard and pockets of Wheaton and Naperville, winning his biggest margin in a southern Naperville precinct by 110 votes.

Clinton had strong support in Downers Grove, winning one precinct by 92 votes. 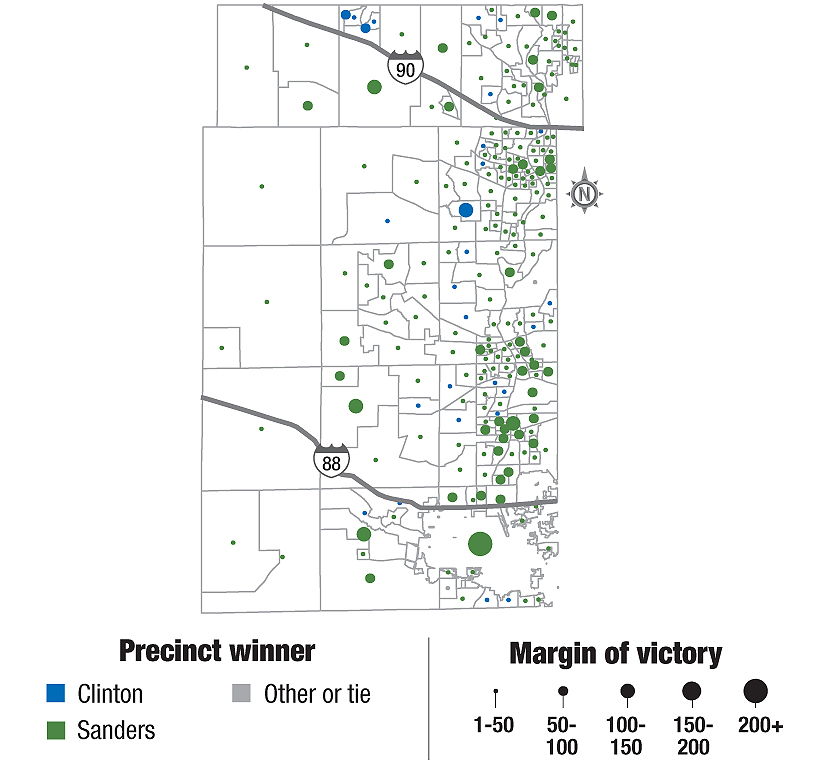 Sanders beat Clinton in Kane County, as well, winning 6,397 more votes than the former secretary of state did. He won 199 out of 228 precincts, tying Clinton in two.

Sanders' biggest margin in a single precinct was in the Pingree Grove area, where he got 142 more votes than his opponent. The same precinct gave Trump his biggest margin of victory in Kane County, showing a preference for anti-establishment candidates in both parties.

Clinton's largest margin was in a precinct in Elgin, where she had 140 more votes than Sanders.

Sanders won 199 out of 228 precincts, tying Clinton in two precincts. 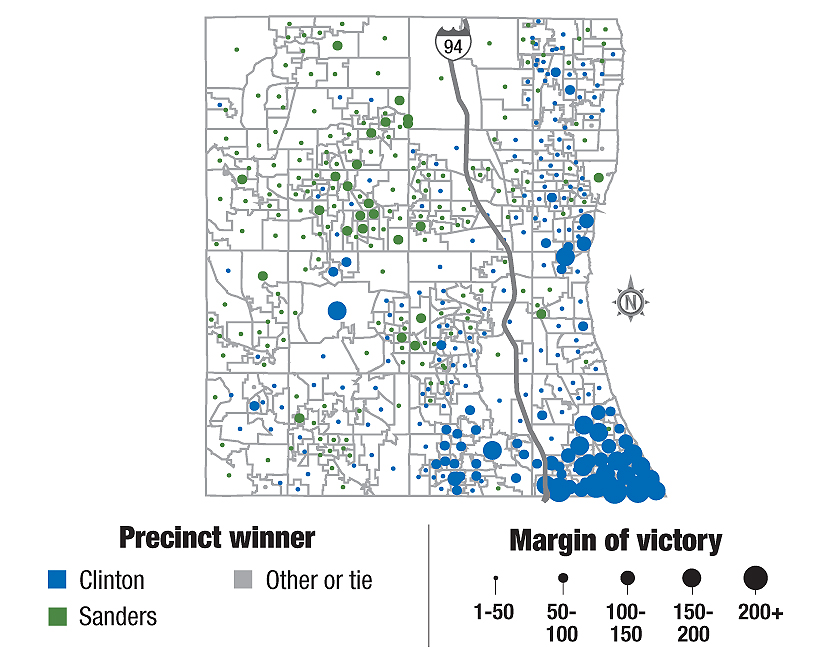 Clinton won 5,395 more votes than Sanders in Lake County. Her biggest margin was in Moraine Township, which includes Highland Park.

Sanders, meanwhile, did well in pockets of Lindenhurst, Lake Villa and Round Lake Beach. His largest margin of victory was in a northeastern Round Lake Beach precinct, with 99 more votes than Clinton.

Clinton won 213 precincts, though Sanders wasn't far behind with 198. 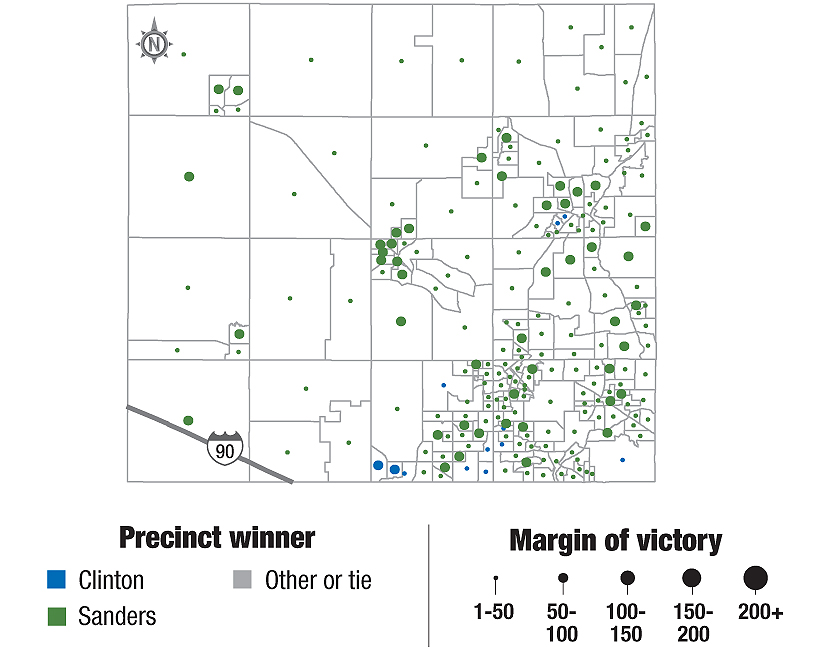 Sanders swept through McHenry County, doing better than Clinton in all but 12 precincts. He received 7,357 more votes than she did overall.

His largest margin of victory was in a precinct in the eastern part of Crystal Lake, where he got 99 more votes than Clinton. Clinton's biggest margin was in a southeastern precinct in Huntley, where 68 more people voted for her. 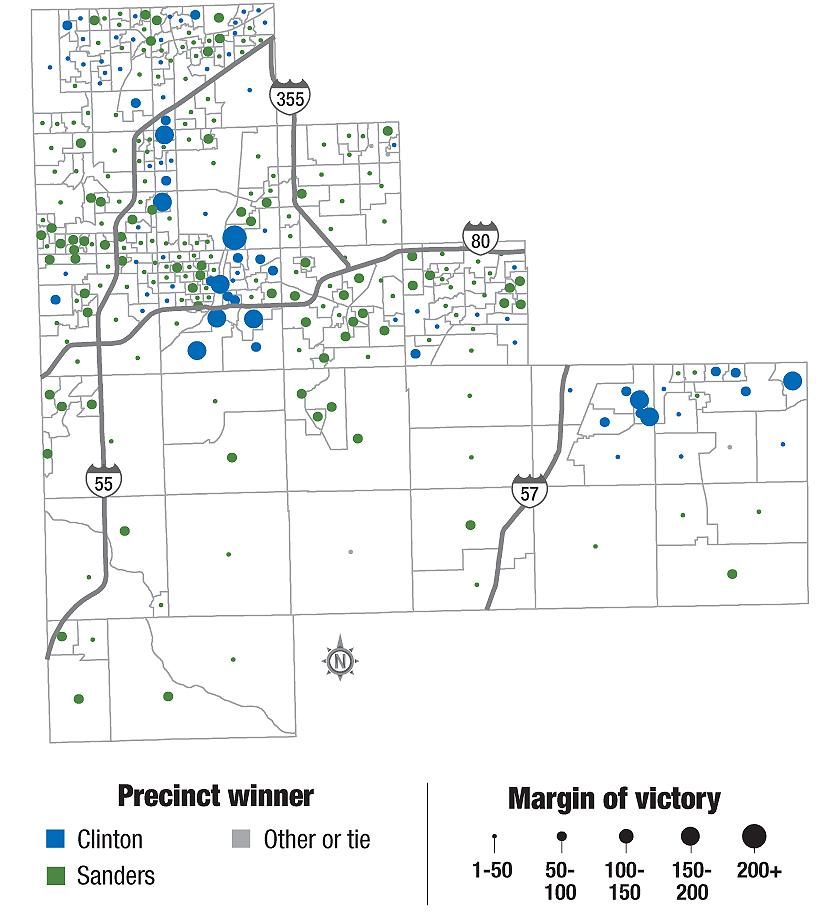