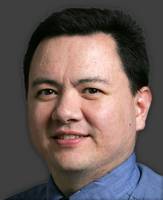 Scott C. Morgan has been with the Daily Herald since 2004. His main focus has been covering Chicago-area performing arts via features, reviews and listings.

Scott has been a member of the American Theatre Critics Association since 1998 and was a fellow at the National Critics Institute at the Eugene O'Neill Memorial Theater Center in Waterford, Conn. He has previously written freelance pieces to the Salt Lake City Weekly and Salt Lake Magazine, and currently contributes freelance work to the Windy City Times.

Scott holds a master's degree from the Medill School of Journalism at Northwestern University. Scott also has a bachelor of science in mass communication from the University of Utah, where he was the performing arts editor for the Daily Utah Chronicle during his junior year. From 1997 to 2002, Scott was employed by The Salt Lake Tribune as an arts reporter and newsroom assistant.