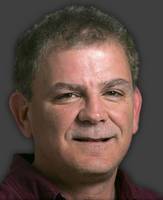 Scot Gregor has been covering the Chicago White Sox for the Daily Herald since 1994.

That was the same year Michael Jordan traded in his basketball shoes for baseball spikes, sparking a media frenzy at the Sox' erstwhile spring training camp in Sarasota, Fla.

The longest tenured baseball beat writer in Chicago, Gregor has seen it all on the South Side. He has dealt with the Jordan mania, a talkative shortstop named Ozzie Guillen, brooding slugger Frank Thomas, overmatched manager Terry Bevington, and class acts such as Robin Ventura, Roberto Hernandez, Jerry Manuel, Paul Konerko and Mark Buehrle.

Along the way, Gregor chronicled the White Sox' abbreviated appearances in the 2000 and '08 playoffs, as well as the Sox' dominating 2005 run to their first World Series championship in 88 years.

Gregor's most memorable story was written on Opening Day on 1998, and it was an exclusive on former Sox infielder Greg Norton, who candidly discussed his father's murder of his mother nine years earlier.

Prior to covering the White Sox, Gregor was the Daily Herald's DePaul beat writer for five years. Yes, he actually remembers when the Blue Demons were a competitive basketball program.

Before joining the Daily Herald in 1985, Gregor was the sports editor for the Urbana (Ohio) Daily Citizen for two years. Gregor graduated from Ohio University with a degree in journalism.

A Pittsburgh native, he lives in Palatine with his wife and two children.