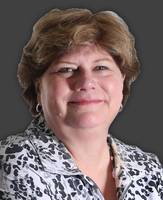 Renee Trappe is assistant manager editor/local news for the Daily Herald, which she joined in 1985 as the newspaper's first Roselle reporter.

Over the years, she has built a career focused almost exclusively on local news: She has been an assistant city editor for Northwest suburban Cook County; Assistant DuPage Editor in the paper's former Carol Stream office; Weekend Editor and finally City Editor, before assuming the assistant managing editor/local news title in 1998.

A native of Des Plaines, she attended Iowa State University before graduating in 1978 from Southern Illinois University with a degree in journalism. Prior to joining the Daily Herald, she reported for the Journal and Topics Newspapers, based in Des Plaines; the Chronicle newspapers in St. Charles and the former Daily Journal in Wheaton.