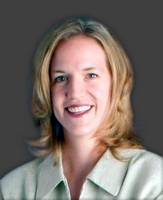 Patricia Babcock McGraw grew up playing sports and wanted to stay connected to that world once her playing days were over. While playing basketball at Northwestern in the early 1990s, she majored in journalism at the Medill School of Journalism with the hope of one day writing about sports.

In 1997, she was hired as a sports writer and columnist by the Daily Herald.

Babcock McGraw covers high school sports as well as women's sports for the Daily Herald. Her weekly Women's Watch column, which focuses on college and professional women's sports, is unparalleled in the United States.

Since 2007, she has extended her reach to television as a color analyst for women's college basketball games on the Big Ten Network and for Chicago Sky (WNBA) games on Comcast.

Prior to joining the Daily Herald, Babcock McGraw worked as a sports writer at Pioneer Press in the suburbs and at the Shreveport Times in Louisiana.

A native of Indiana, Babcock McGraw was named Indiana's Miss Basketball as a senior in high school at Culver Academy before earning all-Big Ten academic and athletic accolades at Northwestern.

Babcock McGraw lives in the north suburbs with her husband Mike, who covers the Chicago Bulls for the Daily Herald, and their two children.