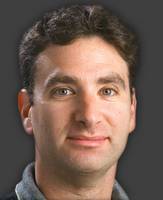 Orrin Schwarz was named Assistant Sports Editor/DuPage in 2003 after spending four years in the same position in the Daily Herald's Tri-Cities office. He is responsible for all high school sports coverage in DuPage County. Among his duties, Schwarz assigns, edits and paginates stories about varsity sports for DuPage County's 28 high schools, as well as its five local colleges. He frequently can be found covering a wide variety of high school sports.

Since joining the Daily Herald in 1999, Schwarz has coordinated the Daily Herald's boys and girls soccer Top 20s. He was named the Illinois High School Soccer Coaches Association media person of the year in 2002. He also won an award from the Society of News Design in 1998.

Schwarz also serves as the Daily Herald's beat writer covering professional soccer, including the Chicago Fire, the Chicago Red Stars and the United States national teams. He is a member of the North American Soccer Reporters organization and votes each week for the Major League Soccer Player of the Week award. He's also a voter for MLS Player of the Month, as well as postseason awards. Schwarz writes a weekly pro soccer column.

Prior to joining the Daily Herald, Schwarz worked at The Times of Northwest Indiana as a copy editor and assistant sports editor, and he was a freelance sports writer for the Chicago Sun-Times. Schwarz has covered high school sports in the Chicago area since 1991.