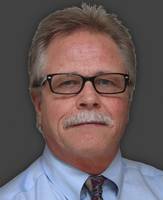 Mick Zawislak joined the Daily Herald in 2000 and has been based in Lake County since 2002, where his primary areas of responsibility include covering Lake County government, Lake County Forest Preserve District, Libertyville, Vernon Hills and other communities and several school and park districts.

Zawislak is familiar with the nooks and crannies of Lake County and considers the back roads as important as the main drags.

Be it discussions about an expansion of a tollway through Lake County or the establishment of the first Ping-Pong club at an elementary school, Zawislak strives to give readers a personal view. His series of stories regarding the discovery of vinyl chloride in residential wells near Wauconda, for example, helped lead to renewed study of a Superfund landfill site and a multi-million dollar switch of more than 400 homes to municipal water.

Before coming to the Daily Herald, Zawislak worked for the Courier-News in Elgin, one of several suburban Copley Newspapers, now owned by the Sun-Times News Group. While at the Courier-News, he had a range of responsibilities over a broad coverage area focusing on Elgin, one of the largest communities in Illinois outside Chicago. He developed a variety of general interest, news, business and feature stories in the area and helped shape the focus of various projects while participating as a main writer. Those efforts netted several awards, including one from the Illinois Associated Press Editors for an examination of water supplies and the changing face of Elgin, a river town that had seen its traditional industrial and retail base erode.

Zawislak has a particular interest in history and the historical preservation of our communities and neighborhoods and has written several pieces that put our past into perspective.

He is a graduate of Western Illinois University with a bachelor's degree in mass communication. A native South Sider, Zawislak has lived and worked in several communities and counties and has a first-hand perspective of issues throughout the suburbs. Zawislak's personal interests include playing golf erratically and following Major League Baseball. His preference can be summed up in two words: Go Sox.