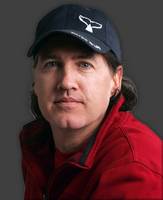 Mark Welsh has been an award-winning senior photographer and videographer at the Daily Herald since 1987. He is responsible for producing images for the Daily Herald and videos for their website on a daily basis, on such subjects as covering presidents to what's going on in your backyard.

During his tenure, Welsh has been involved in many award-winning projects, more recent is the "Last Letters Home" project that featured suburban families sharing their son or daughters last thoughts before they were killed in the war.

Other projects Welsh produced were the Suburban Mosaic's "The Philippines: Arc of the Islanders"; traveling with then-Gov. George Ryan to visit Fidel Castro in Cuba; and doing a profile piece on boxing legend Muhammad Ali.

He is especially proud of covering the career of Michael Jordan's basketball journey in Chicago, including all six of his championships.

Welsh has been published in numerous publications such as Life, Chicago Magazine, and China Post, plus his work has been used by the Associated Press, distributed worldwide. He also has a Chicago Bears action picture hanging in the Football Hall of Fame in Canton, Ohio, winning first place nationally. Welsh is a member of the Illinois Press Association and the National Press Photographers Association.

Traveling and exploring the world with his camera is his passion, bringing images forth from all corners of the world.

Welsh graduated from Illinois State University after earning a bachelor's degree in photography.