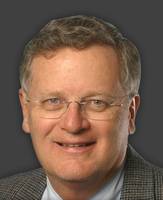 Len Ziehm has covered sports in the Chicago area for 43 years. While he has covered a wide variety of sports, he has been following professional golfers since 1972, becoming the longest tenured golf writer ever in Chicago, surpassing the legendary Charlie Bartlett, who was the golf editor for the Chicago Tribune from 1936-67.

Among his many credits, Len has covered 10 Masters, 17 PGA Championships, 27 U.S. Opens, four U.S. Womens Opens, and the last 34 Western Opens while at the Chicago Sun-Times.

He started writing for the Daily Herald in 2011, and is excited to add the 39th Ryder Cup to his duties.

Len also contributed many columns to Chicagoland Golf, a publication founded by his good friend, the late Phil Kosin. He also has been a member of the selection committee for the Illinois Golf Hall of Fame.

In addition to his Wednesday golf column for the Daily Herald, Ziehm contributes to the Chicago District Golfer magazine, the Chicago Area Golf newspaper and the Illinois PGA website.