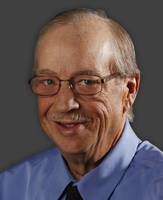 John Radtke joined the Daily Herald as a freelance sports reporter in the fall of 1995 and was named Assistant Sports Editor/Fox Valley Sports coordinator in October of 1997. He added the title of Online Prep Sports Manager to his duties in the fall of 2008.

Radtke has been a high school sports reporter since 1975 when he worked for the DeKalb Daily Chronicle through a co-op work program during his senior year at Burlington Central High School. He joined the staff of the Elgin Courier-News in the fall of 1975 and was with the Courier in two different stints between 1975 and 1992.

He received his education from Elgin Community College and Judson University. He has also worked in sports marketing and in private business.

He was among a team of reporters honored with a Peter Lisagor Award in 2012 for best education reporting.

Radtke also serves on the board of directors for the Elgin Sports Hall of Fame Foundation, as well as on the Hall of Fame selection committee for Burlington Central High School and Judson University.

He was inducted into the Burlington Central Athletic Hall of Fame in 2014.

A lifelong resident of the Fox Valley, Radtke is also the founder, president and general manager of the Northern Illinois Lightning Fastpitch Softball program, a nonprofit organization that provides recreational and educational opportunities for area youth.