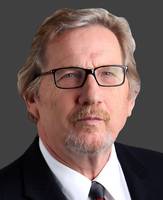 John Lampinen is Senior Vice President of Paddock Publications and Editor of its flagship publication, the Daily Herald and dailyherald.com. In that role, he sets the standards and expectations for editorial coverage and for the Daily Herald's overriding commitment to Chicago's suburbs and to the public good. As such, he is an active member of the Daily Herald's Editorial Board and oversees the senior leadership of the newsroom. As a corporate officer, he is responsible for the overall direction of the editorial product and for planning for its growth and adaptation to future needs, challenges and opportunities.

During his journalism career, Lampinen has received numerous national, state and regional writing and editing awards. He is a member of the Illinois Associated Press Media Editors association executive board and a past president of that organization. He also holds or has held memberships in the American Society of News Editors, the Associated Press Media Editors, the Chicago Journalists Association, the Society of Professional Journalists and the Midwest Press Institute. He has served as an adjunct professor for the Medill School of Journalism at Northwestern University.

In his role as Editor, Lampinen has led efforts to diversify the newspaper's coverage and to build on its mission of public service. The news organization's commitment to On Guard reporting has helped expose "The Hidden Scourge" of heroin and club drugs in the suburbs; repeated spending abuses associated with suburban school referendums; questionable attempts to install red-light cameras aimed more at revenue than safety; and myriad other suburban projects and investigations.

Those efforts and others under Lampinen's stewardship have earned the Daily Herald numerous Public Service and Community Service awards for the newspaper's dedication to helping make the suburbs a better place to live and work. Under his leadership, the newspaper also has earned the Illinois AP General Excellence Award for large-circulation newspapers four times.

A native of Waukegan and a communications graduate of the University of Illinois, Lampinen worked for one year at the New Ulm Journal in New Ulm, Minn., but otherwise, has spent virtually his entire professional career at the Daily Herald. He began as a staff writer and later held positions as columnist, Director of Special Editorial Projects, Assistant Metro Editor, News Editor, City Editor, Assistant Managing Editor, Managing Editor and Executive Editor. He was named Editor in 2001.

He has lived almost all of his life in Chicago's suburbs and now resides in Arlington Heights, where he enjoys staying in touch with his children and grandchildren, listening to Van Morrison and Jake Simabukuro, pondering Coen Brothers films, reading up on American history and the universe, and pulling obsessively for the Chicago White Sox.