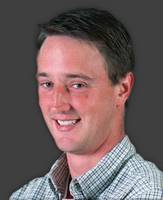 John Dietz is the Daily Heralds Blackhawks beat writer. Since joining the Daily Herald in 1998, John also has contributed a fantasy football column for more than 15 years, and has helped cover the Chicago Bears (Super Bowl XX) and golf while serving as a key member of the Sports Copy Desk for many years and working closely with Tim Sassone and Mike Spellman, his predecessors on the hockey beat. Like many NHL players, hes an avid golfer who tried to get in 50-plus rounds a year. A graduate of Northern Illinois University, he previously worked at the Bloomington Pantagraph, the Freeport Jounal Standard and the Sterling Daily Gazette.