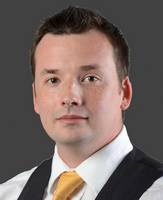 During his time at the paper, he has made several appearances on radio and television to provide insight into his reporting. In his career, Jim covered the first and fifth anniversaries of the Sept. 11 terrorist attacks with reporting from New York. He reunited a father with his sons through reporting of their kidnapping and transport to Mexico. And his reporting led to the indictment of the Kane County Coroner for criminal misconduct.

Jim is a graduate of Southern Illinois University at Carbondale where he majored in journalism. He is also an alumnus of the Washington Semester in Politics and Journalism program in Washington, D.C., and he has a master's degree from the University of Illinois at Springfield as a graduate of the Public Affairs Reporting program. Jim was born and raised on Chicago's west side. He now lives in the Western suburbs. Jim is also a licensed EMT and a graduate of the paramedic program at Provena St. Joseph Hospital in Elgin through Elgin Community College. Follow Jim at his blog: http://jamesfuller.blogspot.com; on Facebook by searching Daily Herald James Fuller; or on Twitter: @DH_JFuller.