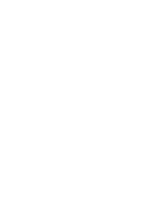 Eileen O. Daday has been contributing to the Daily Herald since 1986, when she first started covering prep sports in Wheeling. A local column opened up within a year in Arlington Heights and she hasn't looked back. She now writes a weekly column, called "Good News," that covers the positive and often uplifting things going on in the Northwest suburbs. She also serves as a floating news reporter, dispatched to cover events across the area, develop local features, as well as write news obituaries or life stories on local residents who have left their mark on the region.

Many of her columns and features seem to feature children, teens and families in the Northwest suburbs, and it's no wonder. Daday is the mother of six children, who literally have grown up around their mother's writing -- and have even occasionally been featured in it. Daday graduated from the University of Notre Dame, with a degree in American Studies and a communications concentration. While at Notre Dame, as a member of the university's second co-ed class, she worked for the daily newspaper on campus, the Observer, covering their fledgling women's sports program. Daday is a native of Arlington Heights, and she continues to make her home there.