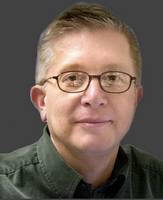 Don Friske, following back-to-back summers as a sports intern, joined the Daily Herald full time in May 1977 after graduating from the University of Illinois. After spending one season covering the Chicago Bulls (long before the glory years; Ed Badger was the coach), Friske became the Daily Herald's beat reporter covering the Chicago Cubs. He held that position for six seasons, before developing an interest in copy editing and desk work.

Since early 1984, Friske has been Night Sports Editor, supervising the sports desk operation and the makeup of the Sports section front and overall section content. He has since assumed the title of Associate Sports Editor with an increased role in the overall supervision of the Sports department.

Don's role in direction the makeup of the Sports section has contributed greatly to the Daily Herald winning national recognition as a Top 10 Sports section from the Associated Press Sports Editors (1991, 1996, 1999, 2003), and other awards from journalism contests in Illinois. He is considered one of the finest headline writers at the Daily Herald, and those skills have contributed greatly to outstanding presentations during the championship runs of all Chicago sports teams.