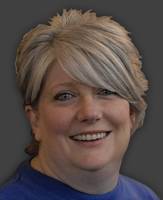 Catherine Edman joined the Daily Herald in 1990 as a reporter and spent the next 19 years covering municipal government and education. She won three investigative awards for her work uncovering: a $12 million state project that was built, then never used; abuses at a county jail resulting in costly lawsuits; and in 2005, along with former reporter Jeffrey Gaunt, abuses in the Illinois property tax cap system.

The Daily Herald series on those taxing abuses resulted in changes in the state law in 2006.

Edman transferred to the Niche Publications division of the Daily Herald Media Group in 2009 and she now works as the Cooperative Advertising Manager.

She is a graduate of Southern Illinois University.