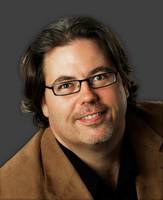 Brian Hill has been a staff photographer at the Daily Herald since 2000, and also acts as the Saturday photo editor, a position he has held since 2005. During the week, he captures images that tell the stories of the suburbs. On Saturday, he edits images and works to direct the photo usage on the weekends.

With almost 20 years of experience as photojournalist in the Chicago area, he uses both video and audio to complement his storytelling. He enjoys finding the moment that really makes a picture sing. It is during that time he has won both national and local awards for his photojournalism. Hill has won the prestigious Peter Lisagor award on more than one occasion as well as awards from the National Press Photographers Association, the Illinois Press Photographers Association, and The Associated Press.

He has traveled as far as Poland to make pictures for the Daily Herald but can be found most of the time scouring the Fox Valley photographing interesting subjects for tomorrow's paper.

Before coming to the Daily Herald, he worked at a few other Chicago area newspapers.

A product of public schools and state universities, Hill attended both Western Illinois and Southern Illinois focusing on art and photography.

A native of St. Charles, Brian still resides in the Fox Valley calling Elgin his home.