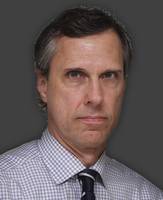 Bob Susnjara is a reporter primarily covering suburban governments in Cook County for the Daily Herald. His beat includes the village of Palatine, Palatine Elementary District 15, the village of Barrington and Barrington Area Unit School District 220. He also keeps tabs on other Barrington communities, Deer Park and Long Grove.

Since joining the Daily Herald in September 1999, he has handled everything from hard-news stories calling attention to questionable spending by public employees to human-interest pieces involving suburban residents.

Susnjara makes periodic appearances on behalf of the Daily Herald on ABC-7's Sunday morning newscast and on WBBM 780-AM.

Before joining the Daily Herald, Susnjara spent time at the Waukegan News-Sun and wrote a popular sports media column for the Copley News Service that used to be affiliated with the paper. He often was called on to discuss columns with former Chicago radio sports-talk host Chet Coppock and others.

Susnjara earned a radio-television communications major and a journalism minor at Southern Illinois University in Carbondale.