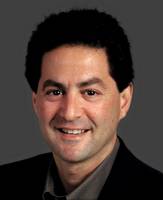 A former vendor at all of Chicago's ballparks and stadiums during his college years, Barry Rozner has been a sports columnist for the Daily Herald since 1997, following a decade covering the Cubs first as a feature writer and then as the beat writer.

Rozner has won Peter Lisagor and Associated Press writing awards for his work as a columnist and sports writer, and includes among his national scoops the story that Phil Jackson would be named coach of the Bulls in 1989. In 2007, he was named "Sportswriter of the Year" by the Pitch & Hit Club of Chicago.

A graduate of Northern Illinois University, Rozner has written several books, including "Second to Home" with Ryne Sandberg, and "Where's Harry?" with Steve Stone. He's a frequent co-host on the Score radio and in 2010 began co-hosting "Hit and Run" at the sports talk radio outlet, WSCR 670-AM.

Rozner was honored by the Little City Foundation in 1998, and sits on the board of the James P. Lang Scholarship Foundation, which awards college scholarships to children of single parent homes.

Having finally given up the violence of hockey for the aggravation of golf, Rozner lives a mostly healthy existence with his family in the Northwest suburbs